Mamelodi Sundowns team manager and former star player Peter Ndlovu is accused by his baby mama of being a deadbeat dad.

The former English Premier League player who retired from soccer 11 years ago, has been at loggerheads with his baby mama for two years after he allegedly abandoned his fatherly responsibilities for his twins.

The woman, who cannot be named to protect the identity of the children, told Sunday World the Zimbabwean-born goal poacher has never meaningfully supported his kids except for buying them a pram and Sundowns soccer jerseys emblazoned with their names and signed by the team ever since they were born two years ago.

The Soweto resident revealed that Ndlovu has always been ducking and diving whenever she reminded him of his responsibilities, leaving her with no choice but to assume the duties of being both father and mother to their twins.

She said the former Coventry star has used every excuse in the book to try to avoid seeing his kids, and he last saw them in January when he arranged for them to meet his eldest daughter.

But she said all that had been coming from the soccer legend were excuses for not coming to see his kids or for not making any financial contribution to their upbringing.

“He is refusing to do anything for his twins. It’s a pity because I thought he would change and do the right thing. It appears I was wrong about him,” said the baby mama.

She said she was scared for her kids because they were now dependent on her income, which could not compare to the almost R100 000 monthly salary Ndlovu was getting from Mamelodi Sundowns.

The 34-year-old mother said she fears that she might struggle to keep up with school fees next year as she plans to enrol them at a nursery school.

She said her parents, who are pensioners, have been looking after the twins after Ndlovu promised to pay her. But she said he never fulfilled his promise.

“All I want from him is for him to meet me half way so that they are able to go to school without any issues. I know I can’t afford to pay for their school fees on my own.”

She said Ndlovu has missed two of their twins’ birthday parties despite the fact that he was invited to be part of the celebration.

“All he keeps on doing is to promise to come, and when the time comes, he just cooks up some excuse or goes quiet.”

The baby mama also revealed that Ndlovu once chastised her for not following the order of his suggested names when naming their twins.

She said he demanded she go to Home Affairs to change the order of the names so that his suggested names came first on their birth certificates. Reflecting on their relationship, the baby mama said Ndlovu used to spoil her rotten during their relationship, and that all was loveydovey until she fell pregnant in August 2016.

She said they had met at the Premier Soccer League offices three years ago, and she fell pregnant just six months into the relationship.

Ndlovu read our questions but did not respond. He later told his baby mama through Whatsapp that he won’t comment. 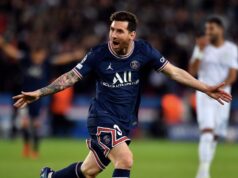 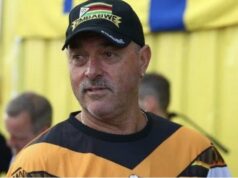 Bruce Grobbelaar To Coach The Warriors? 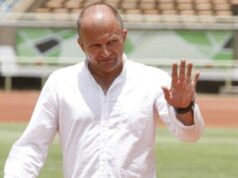