Marry Mubaiwa, the estranged wife of Zimbabwe’s vice-president Constantino Chiwenga, on Wednesday denied allegations that she had tried to kill him.
She also made an application for bail in the Harare high court. Her lawyers asked that the former model be released on bail pending the commencement of her trial. Mubaiwa was not in court herself.

In the 13-page bail application, the 38-year-old Mubaiwa denied attempting to kill Chiwenga and said the charges were fabricated. She also argued that her former husband had brought the murder charges against her in an attempt to force her hand in divorce proceedings that are pending in the high court.

Mubaiwa told the court through her lawyers that her alleged offence occurred when Chiwenga was already physically frail and nursing injuries sustained in an attempt on his life – in which she was also injured – in Bulawayo in June last year, when a hand-held grenade was thrown with the intention of assassinating her former husband.

In denying charges of attempting to murder her husband, Mubaiwa told the high court that Chiwenga had asked President Emmerson Mnangagwa to make arrangements to have her
Mubaiwa said in her bail application that Mnangagwa “even sent his personal security with US$30,000 for her personal upkeep and use”. All this occurred after July 2019, Mubaiwa’s lawyers told the court, adding that “it is inconceivable that this would have happened had she tried to murder her husband”.

Mubaiwa – who is also charged with externalising foreign currency, money laundering and fraud – said she was in poor health, traumatised and had lost weight owing to the ordeal she had endured since being arrested at the weekend.Her lawyers told the high court that Mubaiwa was a mother of young children who need their mother’s care. “Pre-trial detention will deny them of that,” they argued.

They added that Mubaiwa had no capacity to flee the country to escape prosecution.

As part of her bail conditions, Mubaiwa said she was willing to pay ZWL$10,000 as a bail deposit, surrender her passport to the court and report once every fortnight on Fridays at Borrowdale Police Station, in Harare. 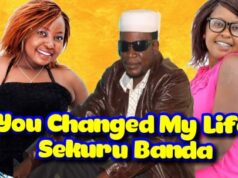 Man catches wife (15) in bed with lover, taken to court for assault but gets arrested for sleeping with minor

Bushiri couple to spend another weekend behind bars

“I didn’t know sex is a marital obligation”, Teen wife who killed her husband...

Meet The Miracle Doctor Who Is Bleaching Madam Boss

Bushiri couple to spend another weekend behind bars