US REGULATORS HAVE APPROVED the use of remdesivir, a drug previously used to treat ebola patients, the first drug which appears to help coronavirus patients recover quicker.

The Food and Drug Administration (FDA) cleared the use of remdesivir, a drug previously used to treat ebola patients, after studies showed it shortened recovery time by 31 per cent, or around four days on average, for hospitalised Covid-19 patients.

Those given the drug were able to leave the hospital in 11 days on average, compared to 15 days for the placebo group. The drug may also help avert deaths, but that effect is not yet large enough for scientists to know for sure.

What are the drugs that signal hope in the fight against coronavirus?
The drug is can now be administered to patients with severe conditions, such as those experiencing breathing problems requiring supplemental oxygen or ventilators.

In normal times the FDA requires “substantial evidence” of a drug’s safety and effectiveness, usually through one or more large, rigorously controlled patient studies.

But during public health emergencies the agency can waive those standards and require only that an experimental treatment’s potential benefits outweigh its risks.

Cathy Burgess, an attorney specialising in FDA issues, said: “This is a very, very early stage so you wouldn’t expect to have any sort of full approval at this point.

“But obviously they want to get this out to patients as quickly as possible.”

Pharmaceutical company Gilead Science, which produces remdesivir, said it will donate its currently available stock of the drug and ramp up production.

They said the US government would coordinate distribution of remdesivir to parts of the country that need it most.

No drugs are currently FDA-approved for treating the coronavirus, and remdesivir will still need formal approval.

The FDA can convert the drug’s status to full approval if Gilead or other researchers provide additional data of remdesivir’s safety and effectiveness.

The FDA previously allowed narrow use of a malaria drug, hydroxychloroquine, for hospitalized patients who were unable to take part in ongoing studies of the medication.

Trump repeatedly promoted it as a possible COVID-19 treatment, but no large high-quality studies have shown the drug works for that and it has significant safety concerns. ITV>chaosafrica 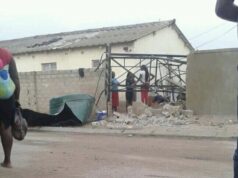 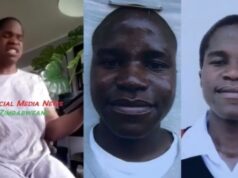 Video:No Covid-19 Exists At Ginimbi’s All White Party Watch Him Banging One Of...