Sanele Mfaba was found dead yesterday morning at Dobsnville Gardens, she was brutally murdered by her boyfriend Tshepo Mashego who is a taxi driver 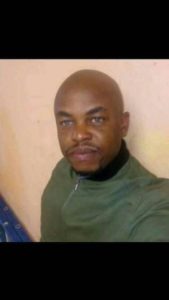 My Sister Sanele Mfaba was found dead this morning at Dobsnville Gardens she was brutally murdered by her boyfriend Tshepo Mashego WATA taxi driver. I had to delete the first tweet cause I’ve noticed that it’s was sensitive to people #JusticeForSanelisiwe

Sanele’s murder follows just after that of Tshegofatso Pule, a 28 year old woman who was found hanging on a tree in Roodepoort

Tshegofatso had stab wounds, indicating that she had been killed and she was 8 months pregnant at the time of her death. 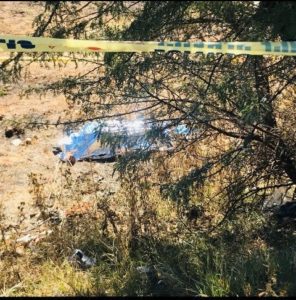 Sanele’s murder is just one among many which have highlighted femicide and violent crimes against women in South Africa.

Twitter is not pleased at all with the killers, the police and the government.

Let’s check out the conversation

“I am demanding women to March in all parts of the province. Not that peaceful march we had with Black shirts, no!! A March that will get all Police and Soldiers on their feet, the type of march that will get the President to make an official statement asking us women to stop.

The kind of march that was done for George Floyd and all our African brothers and sisters who died in the hands of Racism. Coz really i saw USA marching with boards which wrote “Stop GBV in SA”, why can’t we do that ourselves?? Legal or illegal march i don’t care.”

“We need the world to feel our pain as women, the useless men to stop killing us and for the President to bring back the Death Penalty. I’m really tired. We are all tired.”

” I will NEVER understand why some people still need to be told “imagine if it happened to your mother, sister or daughter.” You don’t have to “imagine” anything because this is a REALITY to SO MANY WOMEN and it happens EVERY SINGLE DAY. I can’t express… #justiceforSanelisiwe”

“Does South Africa live off the blood and womb sacrifices of women and children?

Is that why Cyril Ramaphosa you’re quiet

This goes beyond the barbaric savage acts of men that litter this land!”

Beyond what the naked eye can see!

“This country needs to be shutdown again to Stop GBV and women killing. Also the president can ban alcohol again so that Bheki can shift his focus on Alcohol and join us in fighting women abuse/killing. #JusticeForTshego#justiceforSanelisiwe Enough is Enough>chaosafrica 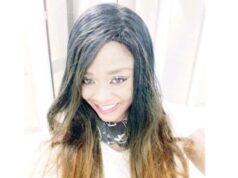 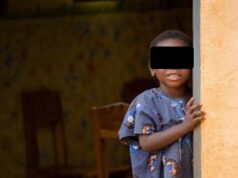 After burning her child’s feet with a hot iron, the mother is sentenced to 16 months in prison.

Man Accidentally Cuts Own Genitals While Dreaming After Falling Asleep

‘We have achieved more in two years, than Mugabe’s 38 years’ – Mohadi

SAD:Minors (9 and 7) attend to bedridden mother for 4 years

After burning her child’s feet with a hot iron, the mother...

Man Accidentally Cuts Own Genitals While Dreaming After Falling Asleep