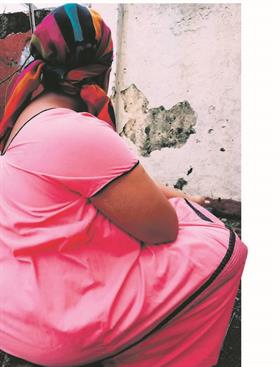 THE FURIOUS wife keeps hoping her husband will stop bonking the congregants.
But he claims it’s not his fault

THE LADIES OF THE FLOCK ARE TO BLAME. I’M INNOCENT! WOMEN ARE SEDUCING ME

The wife told Daily Sun she wished her husband had never become a pastor.

“We’ve been together for 11 years and he never cheated on me,” she said.

“He’s only been a pastor for a year and he’s a different man!”

She wanted things to go back to normal, even if it meant that he must give up being a pastor.

The 41-year-old woman from Ekurhuleni said her husband was made pastor last year and started organising evening prayers with individuals.

“I didn’t suspect anything. He never gave me reason to doubt him,” she said.

“When I offered to go with him he’d say he didn’t want to embarrass the member.”

She said the evening prayers started being a regular event and the congregants were always women.

Then a friend from church told her to stop letting her husband do the prayers without her.

“She said my husband had become a regular at a congregant’s house and rumour had it they were having an affair,” she said.

She apparently asked her husband, who confessed, but said it meant nothing.

“He said she was the one seducing him,” said the wife.

They managed to move on from that, but it started again – this time with another woman from church.

“I saw him speaking on the phone and he looked uncomfortable,” she said.

“I could see it was a woman. I was just not sure if she was one of our church members.

“Then he said he had an all-day meeting with pastors from Dawn Park and Holomisa.”

Some time later she visited a friend in Boksburg. They decided to go to the mall, and there, in the shop, was her husband, being romantic with his congregant mistress.

“He got up and started apologising. The woman left and I never saw her again.

She never showed her face in church again!

The wife said she forgave him because he said he was being seduced.

But last Monday she got a call from a church member telling her she felt guilty about what was going on between her and the pastor.

“It was a moment of weakness. I love my wife and I’ll do anything to win back her trust,” he said.

“These women keep seducing me. I tell them to leave me alone but they won’t listen!”

He promised to slow down with the evening prayers.

The pastor’s mother said her son is a grown man.

“He told me he’s sorting out the problem,” she said.

“Maybe the makoti should check herself and see what she can improve.”

The wife’s sister (38) tried talking to them.

“But he denies a lot of things. He’s not taking responsibility for his actions and he’ll do it again,” she said.

“I trusted him with my sister. I was happy when he was made a pastor, but I can see this position has opened other doors for him.” 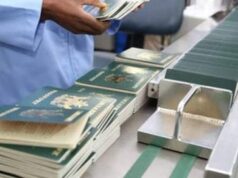 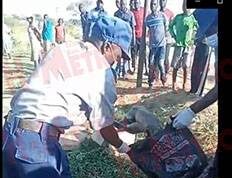 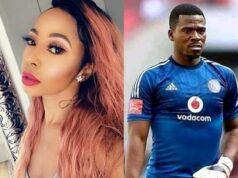