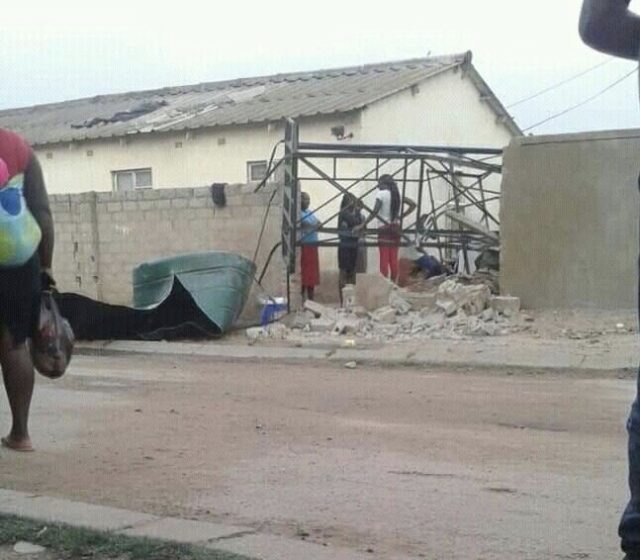 According to a source privy to the development, the incident happened Wednesday afternoon in Unit A Chitungwiza. 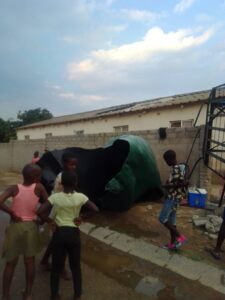 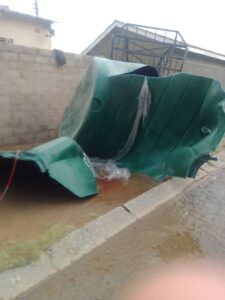 Tragedy struck two Chitungwiza families when a neighbour’s galvanised steel stand gave in to the weight of a loaded 5 000 litre water tank and collapsed on three children, resulting in the death of two of them and hospitalisation of the third.

Trinity’s brother Thulani (7), who is in Grade Two at the same school, fractured his right leg as the falling deluge of water threw him a few paces from where he was playing. He was initially hospitalised at Chitungwiza Central Hospital but has since been discharged with a plastered leg and is recuperating at home. 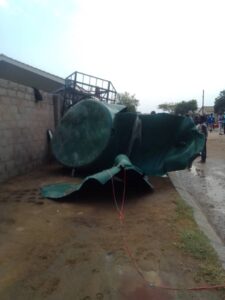 Trinity’s father, Mr Challenge Saungweme (31), said he was alerted to the tragic incident by a woman from the neighbourhood, who rushed to a car park where he whiled away time with his friend, Mr Gumisai Kamonere, Colleen’s father.

“It was around 4.30pm or thereabouts when I saw a rather distraught woman running in my direction signalling me to attend to what had happened back home. My hunch told me that something had gone seriously wrong because the woman’s clothes were bloodied.

“When I got to our street, which is only about 300 metres from the car park where my friends and I were, my worst fears were confirmed. Hordes of people were milling around in clear sign of things gone wrong, and there was a bloodied pool of water running down the street,” said Mr Saungweme.

He was then told that two of his three children had been taken to Chitungwiza Central Hospital where Trinity and Colleen were confirmed dead. Mr Kamonere, also 31, said when Mr Saungweme left with the woman who came with information on the incident, he followed him in the company of a friend.

On arrival at Mr Saungweme’s house, he was told that the children had already been taken to Chitungwiza Central Hospital. At the hospital, his grief-stricken wife told him of the death of their only child. 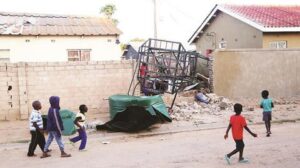 Chitungwiza North Member of the National Assembly Godfrey Karakadzayi Sithole implored local authorities to come up with policies and measures to ensure all those into borehole drilling and those requiring installation of water tanks at their homes went through set down procedures.

“This is an unfortunate incident which has happened here in Chitungwiza. What I can say as the local Member of the National Assembly is that the installation of these water tanks should be done in terms of specified standards. It is my hope that in future, the local authority makes sure that these water tanks are installed on concrete and brick stands and not on these metal stands whose strength cannot be verified,” he said.

Mr Taipa Ganda (31), the neighbour whose water tank brought grief to the Saungweme and Kamonere families said he was lost for words. This was particularly so as it was the first time for him to use the 5 000 litre reservoir since it was installed about a month ago.

To show his contrition, he footed Thulani’s hospital bills, provided money for Colleen’s coffin, and met other funeral expenses so far incurred by the two families. 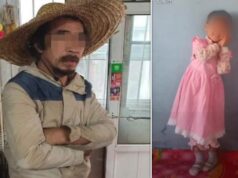 A 54-year-old Chinese man was sentenced to death for raping his neighbor’s 4-year-old granddaughter. 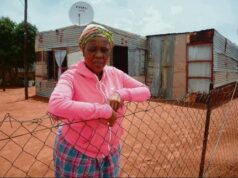 ‘Give me Punani or pay rent’ 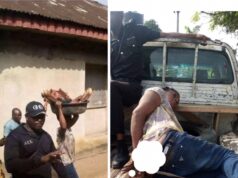 BIZZARE:SHE KILLED HER MOTHER AND SOLD HER FLESH AS PEPPER SOUP AND DRIED MEAT IN HER RESTAURANT(Pics)

Madzibaba Bond Strikes Again – Prayer For Married Man Not To Have An ER3CTION...

Ronaldo angry after being substituted

A 54-year-old Chinese man was sentenced to death for raping his...

‘Give me Punani or pay rent’

BIZZARE:SHE KILLED HER MOTHER AND SOLD HER FLESH AS PEPPER...