ROCKFORD “Roki” Josphat says Koffi Olomide is a creative genius who was heaven-sent to help revive a somewhat ‘ailing’ career.
This follows the instant impact of his brand new song and video Patati Patata featuring the Congolese rhumba supremo and Tanzanian star, Rayvanny.

It was co-produced by East Africa’s most sought sound engineer Lizer Classic and his award-winning Zimbabwean counterpart, Oskid.

Although the refreshing collabo has made some tremendous traction on social media with the usual keyboard warriors shooting it down, Roki reckons he was back to the apex.

“Koffi Olomide is a no doubt a genius who has taught me a lot during his short stint in the country that led us to record this collabo.

“It was indeed an amazing experience working with Koffi because I was really working with the best there is on the continent.

“We really clicked well in the studio, everything went according to plan and right now we have just done something together with the blessings of the man of the God (Prophet Passion) who came into my life at the tight time,” he said.

Roki could not be drawn into commenting on social media users who had already begun shooting down the song’s depth.

However, most of them had had a change of mind after watching its videos, making a shocking U-turn to endorse the song as a triumph.

In his own words, Roki said: “I haven’t seen what they (social media users) are saying. However, there are some versions of the song which leaked but the main one will be posted by the man of God – Passion Java.
“I’m just glad that I worked with the best on this song, which has always been my wish. I’m looking forward to more big collaborations after this one and the man of God will be leading us.”

Despite the instant impact of his song, the evolving urban grooves stalwart said he would not rest on his laurels.

He said that it was high time he invests in linguistics to enhance his communication skills. H Metro 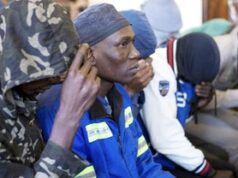 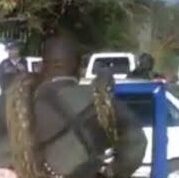 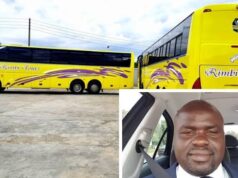 Strange But True as As Villagers Claim A Snake Is...

Rimbi Travel And Tours At The Verge Of Collapse As Cheated...