Shocking footage showing a Russian aircraft being shot down in Ukraine has gone viral on social media.

In the video, a helicopter can be seen flying low over a field as the Ukrainian weapon targets it.

The footage goes on to show a Russian helicopter lighting up in flames as it pummels down. It explodes into a fireball as it reaches the ground.

Watch shocking footage of a missile striking a Russian helicopter in Ukraine.
IMG_5413


In another video shared on social media, another Russian aircraft can be seen dropping rapidly from the air in Chernihiv while cheers and applaud from the Ukrainians can be heard in the background.

The video goes on to show two pilots parachuting from the burning aircraft.

One of the pilots is said to have survived while the second one is alleged to have died.

According to the Daily Mail, the surviving Russian was captured and questioned by Ukrainian forces as they demanded to know his name and orders.

In another video circulating on social media, Ukrainian soldiers can be seen filming the captured pilot as they make him to say ‘glory to Ukraine’.
IMG_5415


Meanwhile, Russian President Vladimir Putin warned the West against imposing sanctions on Russia. Vladimir said sanctions imposed on his country are “equivalent of a declaration of war.”

“If they continue to do what they are doing, they are calling into question the future of Ukrainian statehood.”

“And if this happens, it will be entirely on their conscience.”

“These sanctions that are being imposed, they are akin to declaring war.”

“But thank God, we haven’t got there yet,” he said during a televised meeting with flight attendants from Russian airline Aeroflot. 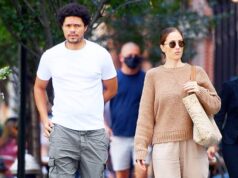 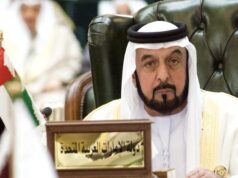 Breaking: The United Arab Emirates president died at the age of 73..

Bizarre As Girl confessed To A Radio Station That She Has Been Sleeping With...