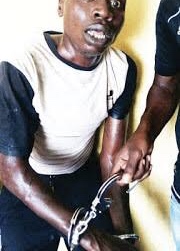 MASVINGO – Masvingo Regional Magistrate Bishard Chineka expressed shock at a father who raped his two daughters aged 10 and 17 and one of them in the presence of the mother.

He raped both without protection.

The 10-year-old was raped at night after the accused came home drunk and went to the girl’s bedroom. His wife tried to stop him but he assaulted her and she ran away. The accused (32) then undressed the girl after beating her and applied Vaseline on her privates before raping her twice.

Chineka said a correct sentence for the accused must be one that sends a clear message to likeminded fathers that this is not done and he slapped the accused who comes from Village 19, Mukosi Resettlement Masvingo with a 32-year-jail sentence.

The accused who cannot be named to protect the children faced two rape charges and was sentenced to 12 years for the first and 20 years for the second.

Five years of the sentence were suspended on condition that accused showed good behavior and did not commit the same offence during the same period.

Liberty Hove stood for the state.

It is the State case that the accused is the biological father of the two juvenile complainants. The first complainant is aged 17 and the second is aged 10 years.

In June 2021 at midnight the accused was alone at home with his 17-year-old daughter after his wife had visited her parents together with her son and 10-year-old daughter. The accused went to the daughter’s bedroom and entered into the complainant’s blankets.

The complainant’s mother returned home the next morning and the complainant reported the case to her mother and she confronted her husband who then assaulted her, took her sim card and cracked it into pieces as a way of covering up for his case.

The complainant then left home and went and looked for a job as a house maid.

On July 3,2021 at 9 pm the accused came home from a beer drink and found his family sleeping. Instead of going to his bedroom, he went to his 10-year-old daughter’s bedroom and entered into her blankets. His wife woke up and went and confronted him and demanded that he leaves the children’s bedroom.

He assaulted his wife and she fled away and the accused returned into her daughter’s blankets. He removed his trousers, applied vaseline to the girl’s private parts and raped her. He repeated the process hours later. 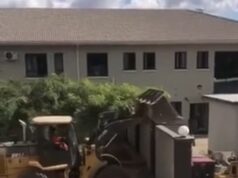 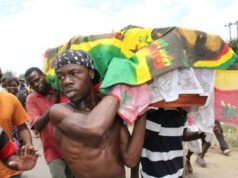 SAD NEWS: Ziyambi dies after being stabbed by drunkard at funeral 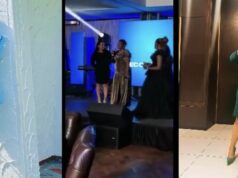 GURUVE Nurse Brasswell Makina (45) In Trouble For Allegedly Sleeping With A 15...