The self-proclaimed man of god’s shenanigans is uncontrollably tumbling out of the closet lately.

The beautiful South African side piece he had been running with seems not to be wandering off his palm’s reach and is going after him in full revenge.

Leshaan Da Gama has exclusively revealed that Passion Java is treating her like a bitter “B*tch”.

She posted the damning revelations on her personal Tiktok where she also posted the private conversations she had with him prior to their bitter fallout.

It seems like the model is not happy with how she was being treated by the man of god who, on one occasion was professing his true love and intentions on her.

If earlier incident iHarare reported is anything to go by, the model had been made to believe that it was a “for forever” kind of a relationship with the married preacher.

She posted bedroom tapes of them cozy in a hotel.

But her recent rants seem to tell a different song. She is obviously dancing to a different tune.

And looks for nothing but revenge on the man of god.

The screenshots in the conversations between them reveal that Passion Java’s unknown ex-wife, his current wife, his first son, and his big bosses were all notified of his shenanigans with the South African model.

He had to go through a challenging time explaining to them what he had been doing with her.

This was the time when the two decided to call it quits on their secret relationship.

Watch the video below
IMG_7825 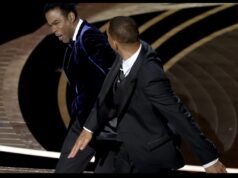 Prophet Passion Java to Buid A New Home For Marabha