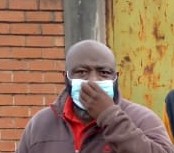 CHIPINGE-Chipinge business man Edmore Mwoyongewenyu (43) popularly known as Doda who was arrested on Thursday afternoon for attempted murder has been granted bail .
Doda teamed up with Moses Mazuku , Vincent Mapuranga and seven others who are still at large and assaulted a soldier Shepherd Makwenjere for a love affair with his 20 year old wife Naume Makuyana.
Chipinge Magistrate Frenklin Mukwananzi released Doda on $50 000 bail for attempted murder and $50 000 for firing firearm.

Doda is said to have produced his loaded pistol and fired twice in the air during the assault.
Doda is jointly charged for attempted murder with his other two accomplices Vincent Mapuranga and Moses Mazuku. Both Mapuranga and Mazuku were also granted $50 000 bail each.
Mukwananzi granted Doda bail and ordered him to continue to reside at his given address and not to interfere with state witnesses until the matter is finalized.

Mukwananzi also ordered Doda to report twice a week on Monday, Wednesday and Friday at Chipinge Urban police station between 6am and 6pm. Doda was ordered to surrender his passport to the clerk of court as part of the bail condition.
The matter will be back in court on June 20 for routine remand.
Doda, Mapuranga and Mazuku are being represented by Langton Mhungu of Mhungu and Associates.

Watch:Secondary School Principal Caught Pants Down With A Student Gets Instant Mob Justice 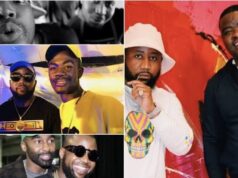 Cassper Nyovest May Be Next To Die After DJ Sumbody 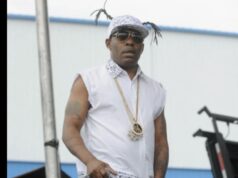 Dead Husband Messing Up My Relationships

Her man cut her throat while sleeping but God preserved her and made her...

Levels to make public apology and case will be dropped..read more